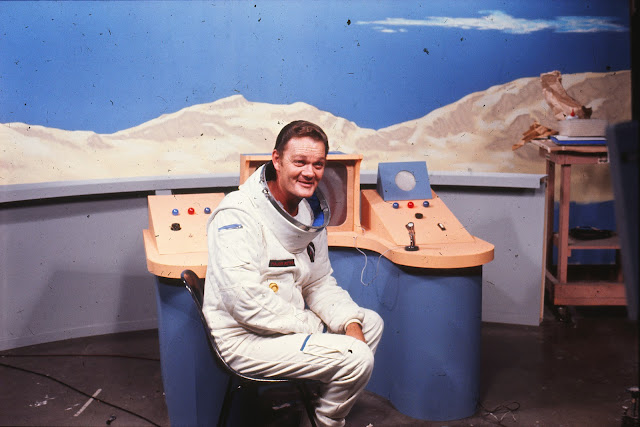 The show began in the days of the Mercury program, but as you can see by the Moonbase set above, it was still running well into the Apollo years. 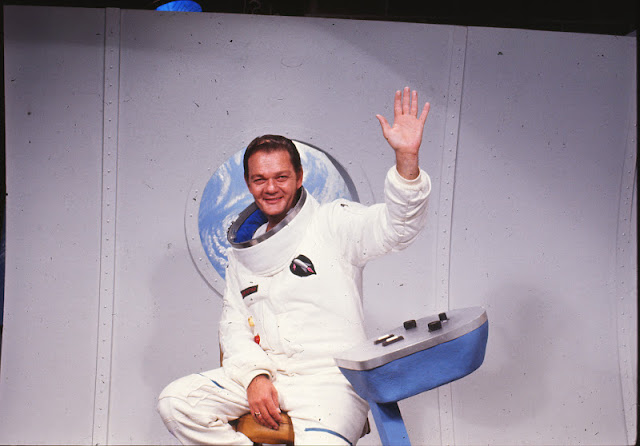 Here the Major waves, looking like he's giving his signature sign-off line, "Happy orbits, boys and girls!" I met Tom once when my friend Jeff Killian interviewed him in his home, and I was running one of two video cameras. In the interview, Tom was very, very funny, (he referred to the character as "The Maj") and afterwards he invited us to have a drink with him. Jeff and the other cameraman demurred, as it was before noon, but I wasn't by God going to pass up the chance to have a snort with Major Astro. He gave me a glass of white wine and said "I believe I'll have something stronger myself." Then he poured himself a good-sized tumbler of scotch. 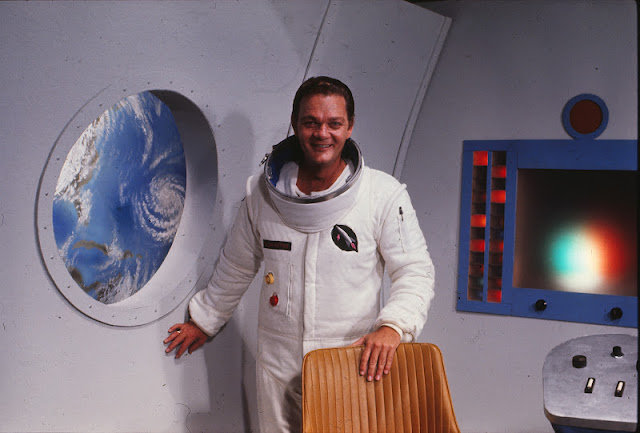 The viewing screen behind him to his left is where the cartoons would first appear before going full-screen.  I believe Jeff gave me these pictures in the late eighties to print; I just found them in a box of old slides. Most likely they came from The Maj himself. Tom died a year or two ago, mourned by thousands of Wichita's former kiddie-show viewers. Rest in Peace, Maj!
Posted by Scott Phillips at 12:05 PM