Did you know that the adjective relating to ventriloquism is "ventriloquial?" Which as a child I mispronounced adorably as "ven-tril-o-quo-yal." I had the notion at one point that I wanted to be a ventriloquist. My parents wouldn't let me have a dummy, though, and no one really wants to see a ventriloquist talking with his empty hand.  So here's a Jerry Mahoney dummy I found: 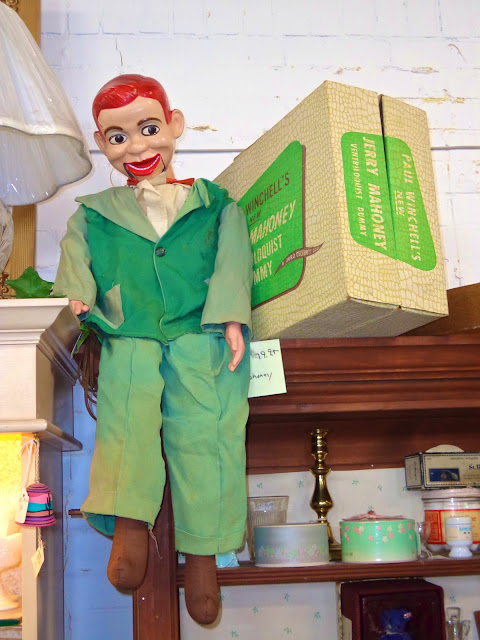 Here's something I bet you didn't know: Paul Winchell, Jerry Mahoney's creator and manipulator and vocal source, also co-invented one of the first artificial hearts with Dr. Henry Heimlich, of Maneuvering fame.
Posted by Scott Phillips at 4:09 PM