Today was supposed to be the day I thrilled you with some vintage erotica from the 1930s. Unfortunately, the lab I used only scanned one-half of the stereoscopic glass slide , thereby robbing you, my loyal readers, of the full 3-D experience! And so while I return to the lab to explain to them the concept of stereoscopic photography, I present a slightly less exotic but still titillating spectacle: 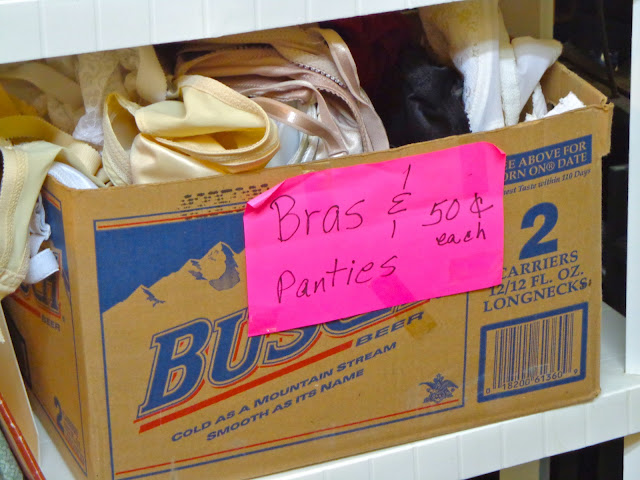 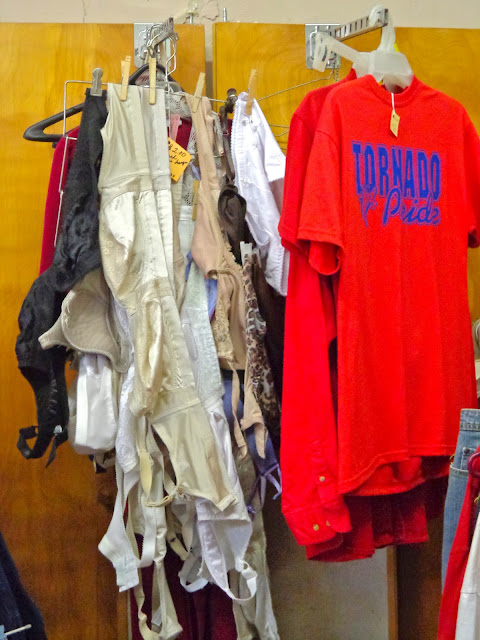 In case the fifty-cent bras don't meet with your standards of excellence, here are some fancier ones hanging on the wall. 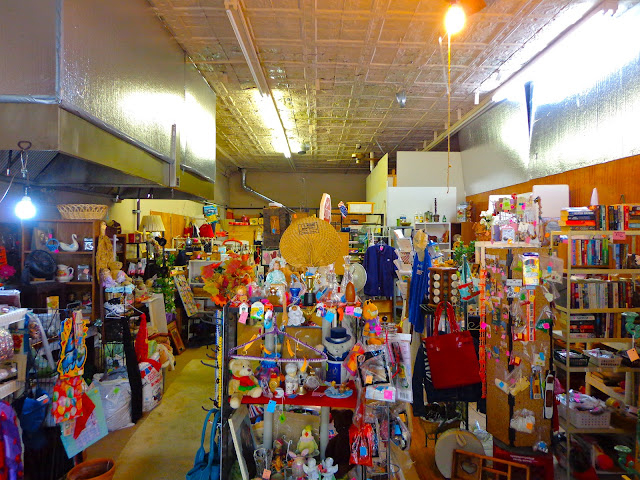 The lady who runs the place is very sweet so I'm not going to name the town here. But boy howdy, ladies, if you're ever traveling through the Sunflower State and you run out of underwear, you could do worse than hitting the thrift stores.
Posted by Scott Phillips at 1:45 PM