1. I used to know a guy, a friend of my girlfriend at the time, who claimed to have embalmed Lawrence Welk.
2. I once discussed the Manson Family murders and his 1977 rape conviction with Roman Polanski over dinner at a fancy French restaurant.
3. Groucho’s son, Arthur Marx, made this Grouchoesque comment about my first novel: “Very violent and disturbing. I read it in one sitting.” (That’s not verbatim, sorry, but that was the gist of it.)
4. My old cat Max was having a series of weird health problems, and finally the vet convinced me to allow exploratory surgery. As a result I owned the first cat diagnosed with Heliobacter pylori, the bacterium that causes ulcers in humans. Her veterinarian wrote and presented a scientific paper about her at some big vet’s conference. (The infection, oddly, was on the outer lining of her stomach, not the inside.)
5. The only bone I’ve ever broken was my skull.
6. When I was a teenager and still experimenting with masturbatory techniques, I made the mistake late one night of using dishwashing liquid as lubricant. The next morning in class I felt a very uncomfortable stinging situation in my pants and, upon retiring to the restroom, discovered that my penis had swollen to the size of a smallish grapefruit. Panicked, I got a sick pass and went home where, thankfully, the swelling subsided before I had to seek medical help for my difficult-to-explain condition. Big flakes of dried skin peeled off of it shortly thereafter, not unlike the aftereffect of a bad sunburn.
7. I once sat around in an LA hotel bar for a couple of hours discussing the music business with a very knowledgable gent, and when he left I asked the bartender “was that guy a record executive or a producer or something?” He looked at me, unsure of whether I was putting him on, then shook his head and said, “man, you’ve been drinking with Bobby Womack.” The great man came back the next night and told me he was helping the Stones pick a new bassist after the departure of Bill Wyman.

Leave your guesses in the comments and I'll reveal the truth in a few days.
Posted by Scott Phillips at 11:43 AM 12 comments: 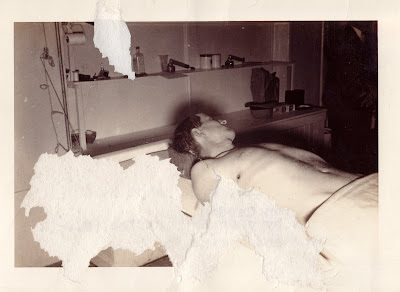 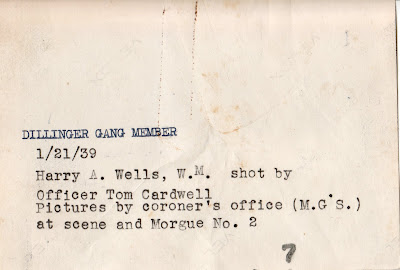 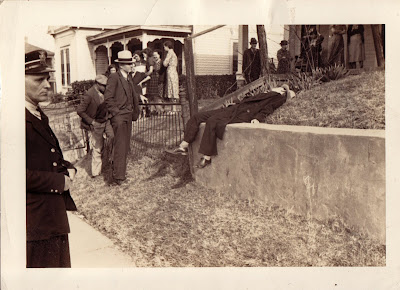 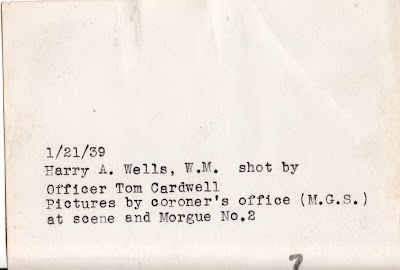 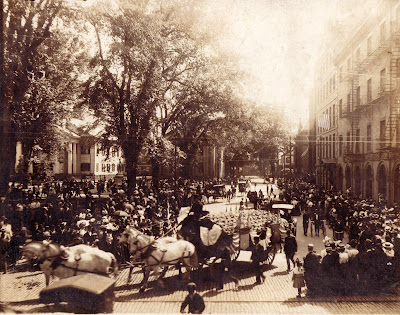 I bought these two photos on eBay. They were listed as being from a "Springfield funeral ca. 1900," and I thought that with a bit of luck I might have stumbled upon photos of Lincoln's funeral procession in Springfield, IL in 1865. They're not--the hearse is wrong, for one thing, the photographic paper and speed of the exposure are certainly from the age of the dry plate, but they're lovely pictures anyway, presumably the funeral of someone important in some other Springfield somewhere else. (Maybe Mayor Quimby's great-great grandfather, "Honety Fitz" Quimby?) 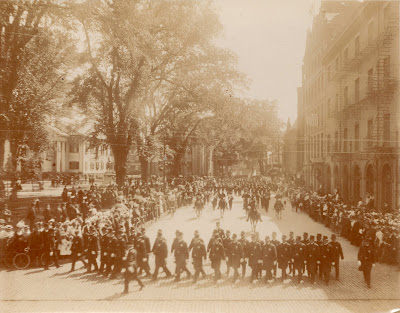 These cops look like they might be headed for a rumble with these cats here:
http://pocketfulofginch.blogspot.com/2010/01/will-of-landru.html
Posted by Scott Phillips at 12:22 PM 2 comments:

Email ThisBlogThis!Share to TwitterShare to FacebookShare to Pinterest
Labels: cops

Wow! Stuff in the mail!

Six days a week I wait for the mail to arrive, expecting something wonderful to materialize in my mailbox, like a puppy or a 1909 S-VDB Lincoln penny. Most days I'm disappointed, even humiliated by the contents of the box. Once in a great while, though, I have one of those big mail days that remind me of those days in my childhood when the newest issue of Jack and Jill arrived with my own name printed on the cover label and there was a dinosaur spread on the back page. 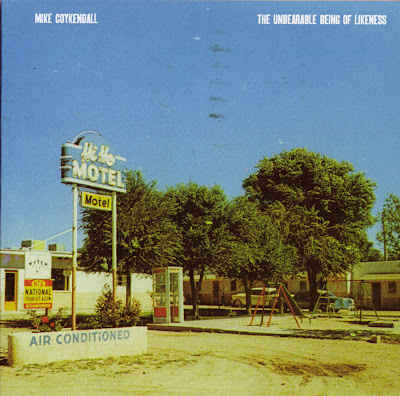 Today I received not one, not two, but three (three!) parcels in the mail, all of which require blog posts. The first was completely unexpected: Mike Coykendall's brilliant CD "The Unbearable Being of Likeness" (Field Hymns, Portland, OR). Mike came out of the fertile Wichita music scene of the '80s, and he produced maybe my favorite record of all time, "MARGARET!" by the Blivets. You need to hear it, and you can do that by going to www.fieldhymns.com.

NEXT: 19th Century Mystery Funeral Procession photos! And after that, Crime Scene and Morgue Photos of a notable 20th century criminal...