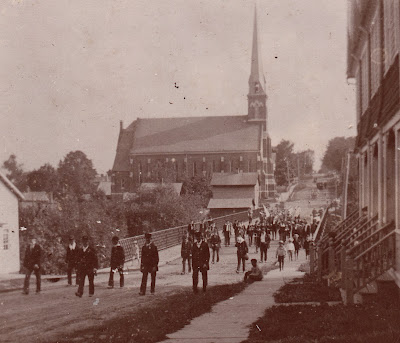 Here's another picture I found in Wichita. Where is this, and what are these men doing? My first thought was that everyone was leaving church, but in that case where are the womenfolk? The seller suggested that it was a parade, but my impression is that it's mass hypnosis and they've been sent out on some sort of unspeakable 19th century mission by a local Svengali. They do bear a certain resemblance costume-wise to the people of Landru, don't they?
Posted by Scott Phillips at 11:40 AM