In 1990 I went with my friends Mike Gebert and Susan Snyder to Budapest. A large number of Russian soldiers were still there, just because of the logistical difficulties involved in repatriating so many troops from so many different countries all at once. We met this guy on a pedestrian bridge selling Russian army insignias, pins and caps: 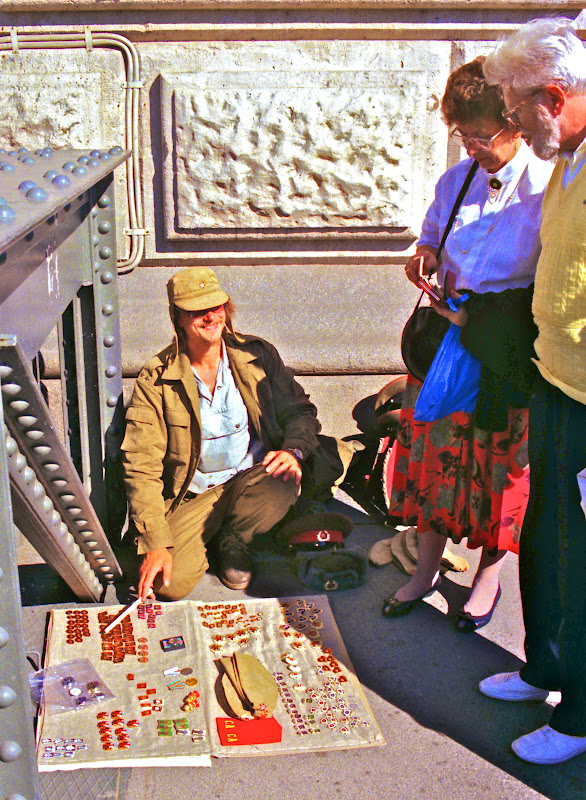 I don't know for a fact that he was AWOL but the hair and chin fur suggest he's been spared a military grooming for a while. No idea what happened to the medallion I bought.
Posted by Scott Phillips at 3:33 PM

Email ThisBlogThis!Share to TwitterShare to FacebookShare to Pinterest
Labels: Budapest, misspent youth, my checkered past, My Cold War, pic of the day