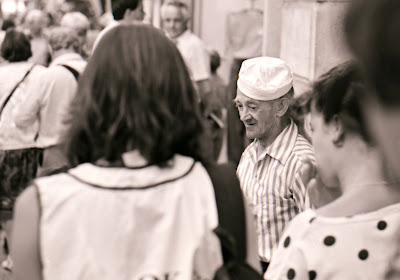 This guy was a street performer in, I think, Brussels in the mid-to-late '80s. (I'm guessing Brussels based on other shots on the same roll.) 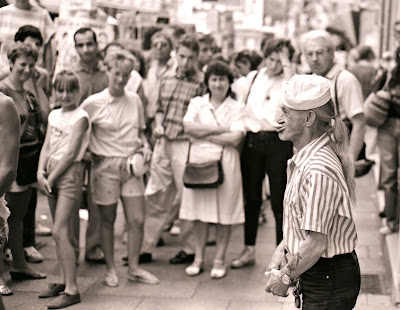 As you can see, he drew quite a crowd, but I can't remember any particular shtick he had apart from "Look at me, I look like Popeye the Sailor Man." 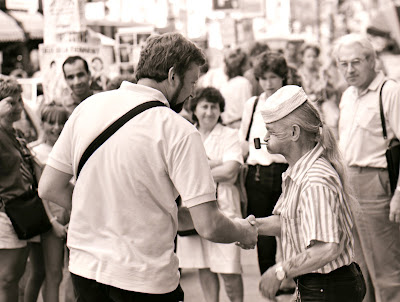 He made that shtick his own, though....except for that damned pony tail! Bluto would have yanked on that shit and sent poor old Popeye into orbit.

Posted by Scott Phillips at 3:33 PM