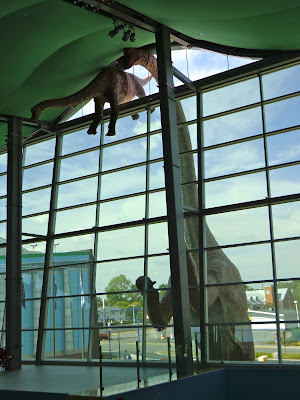 Indianapolis, Indiana has a great Children's Museum that might be better described as a very child-friendly science museum. There's a life-sized Brachiosaurus standing outside the building trying to keep her baby from falling into the atrium! 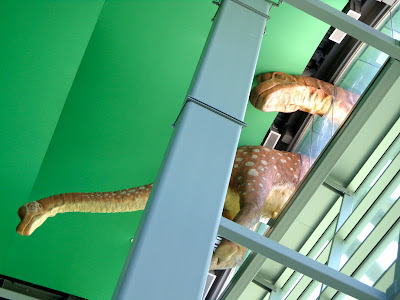 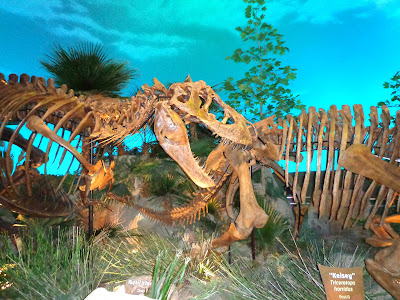 Downstairs is a small but spectacular dinosaur hall, featuring a pair of Tyrannosauruses attacking a Triceratops. 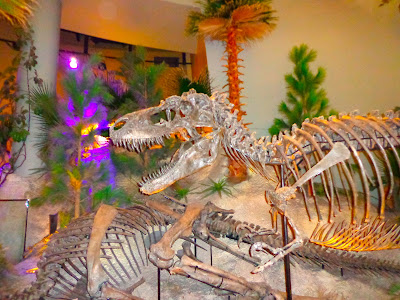 And there's the museum's own Gorgosaurus, a smaller and earlier tyrannosaur, found on a museum-sponsored dig. It had a broken leg that healed improperly, and a scan of the skull revealed that it suffered from a brain tumor that would have affected its balance and ability to run. 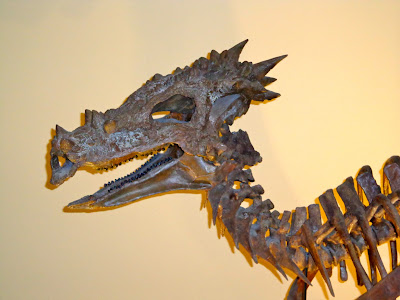 And this is Dracorex hogwartsia, or "Dragon King of Hogwarts," so named because the thing looked like a dragon, I guess, and the paleontologists who found it were fantasy fans. Guess what? It was a herbivore.

And now you know a little bit more about what kind of nerd I am.
Posted by Scott Phillips at 1:45 PM