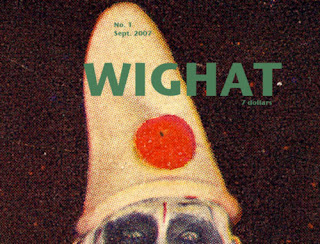 I have recently had the good fortune of receiving a manuscript from a brand new thriller writer by the name of Troy Cutcross! Troy's novel, "The Conundrum Enigma, a Charlie 'Doughnuts' Duncan Sexy Thriller," is not yet available in any format, but here's a small excerpt from Chapter Two:


“Dammit, ‘Doughnuts!’ I can’t have you putting my sexiest operatives at risk!” the Boss barked, which was why his nickname was Mad Dog, though his real name was Luther Burbank, named by his mother after the famous seed catalogue man, though they didn’t really know if they were related to him or not. She had been the sort of gutsy old dame who liked to play pranks like that.

Colonel Charlie “Doughnuts” Duncan just sat and took the guff Burbank was “dishing out,” knowing that the senior spy was just blowing off steam, or “venting.” “The whole nurse and patient thing was her idea, ‘Mad Dog.’ I just went along for the ride, to keep her safe.”

“And a fine job you did of it,” he snapped, using sarcasm as verbal jiu-jitsu on Charlie.

“She’s resting comfortably, anyway,” Duncan clamored, omitting the fact that he’d fondled her luscious breasts during her crisis, and at her own request! He was so excited about the make-out session that would surely ensue—perhaps leading to marriage—upon her release from the agency’s top secret hospital unit that he started getting another erection right there in the Boss’s office, one which he had to stifle with thoughts of atrocities in order not to be embarrassed by getting aroused at work, the kind of event that might lead to years of teasing from his colleagues.

“That’s true, and while she’s laid up you’re on your own. Which means I need you to get ready for Phase Two of Operation Cosmonaut.”

What could that be, Charlie wondered to himself? “What’s Phase Two, Burbank?”

“You’re going into space!” Charlie could barely contain his incredulity, or inability to believe what he’d just heard. “You’ve got to be kidding, Luther!” he droned, though he knew that his boss never kidded. “I never kid, you know that!”

“So he’s really a cosmonaut,” “Doughnuts” murmured, pondering the concept, “in addition to being aknown drug kingpin.”

“Of course he is, that’s how he got his ‘nom de guerre,’ or nickname!”

“I should have known. That poison dart hit Tammi square in the left nipple, and I should have known it wasn’t mere luck. His mastery of the blowdart can only have come from hours of ‘zero-grav’ training,” opined Duncan, by which he meant weapons practice in the weightless conditions of space.

“Exactly. And since with Tammi out of commission, you’re our only current operative with astronaut training….” the Boss began.

“Now hold on a New York minute,” Charlie interjected, “I haven’t been in space in eight long years.”

“Not since you became the last man to walk on the moon.” As the Chief said this he lit his pipe of fake ivory carved to look like a pirate’s head which he had bought in a tobacconist’s, or tobacco shop, while on vacation.

“Yes, only the world can never know about that,” Duncan exhaled with a trace of bitterness that he would have regretted except that he really was bitter about the fact that everyone thought the last moonshot had taken place in the 1970s, rather than in 2004.

“Someday, the world will be told, ‘Doughnuts.’ But for the moment, you’ll have to be content with me knowing.” “And Tammi. I was thinking I’d tell Tammi, just to ‘seal the deal.’”

“No. Not even Tammi can know! I’m sorry, old chum, I know how badly you want to have carnal knowledge of her. But look at it this way: if she’s only willing to give you a taste of her sweet meatflower if you’ve walked on the moon, what kind of values does she really have anyway? And you know something, Duncan? When I see her look at you, I see a light in her eyes that’s not there otherwise. Something almost maternal. Caregiving. Nurturing. I was reminded of that when I saw the official report that mentioned that she was disguised as a nurse when she was hit by the poisoned blow dart.”

“Doughnuts” was a little dejected again when he remembered that the dart had poisoned her in such a way that sexual intercourse would be “Off the Menu” for at least six months, because of the particular toxin the Russian had used, one derived from the mucous glands of a terribly venomous South American beetle and that affected the vagina glands of any woman unfortunate enough to be struck by a dart dipped in it. But then the talk about the nurse’s uniform reminded him that he had squeezed those magnificent mounds right through that costume and he felt prettty good about that.