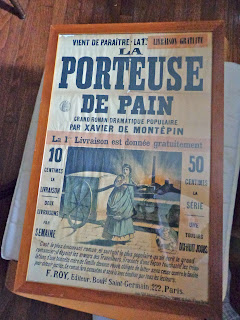 I picked this up already framed in Paris a few years back for about fifty Euros. It's a lithographed advertisement for "La Porteuse de Pain," a popular novel of the 1880s by Xavier Montépin. A huge bestseller in its day, it's still in print, and as Montépin's French Wikipedia entry points out, it's been adapted for stage, screen and television. The ad is for the first installment of the book's serialization.
http://fr.wikipedia.org/wiki/Xavier_de_Montépin
(If you don't read French, one interesting fact in the article is that one secret of his phenomenally prolific output was the extensive use of ghostwriters.)

I don't know how many copies of this there are floating around, but here's one from the Musée des Civilisations de l'Europe et de la Méditerranée, and I know that the Musée des Arts Décoratifs in Paris has one also:
http://www.photo.rmn.fr/cf/htm/CPicZ.aspx?E=2C6NU07A8UCT
This one is unique (as far as I know), though, in that it has had addenda pasted onto it stating that the first installment is free. (Shades of modern viral marketing campaigns.) 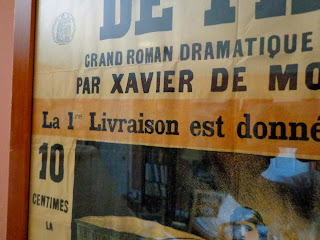 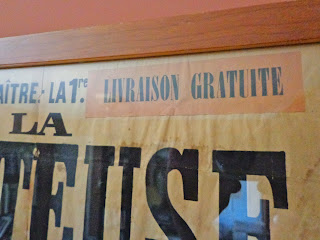 Get a load of this beautiful litho: 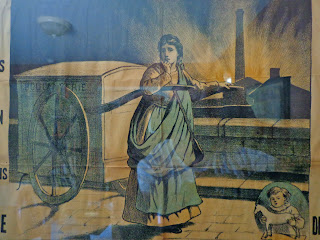 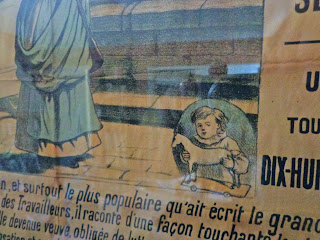 (Sorry about the glare. That's some cheap glass on there and I'm too thrifty to get it reframed.)

Posted by Scott Phillips at 1:36 PM