It's a groovy little pop masterpiece on which Herr Coykendall plays bass and occasionally sings, and which he engineered and mixed to boot. He's backing up M. Ward and Zooey Deschanel, better known as She & Him. Ms. Deschanel is a pop songwriter of the first order, with a voice that calls to my mind such voices as Shannon McArdle (late of the Mendoza Line) and Miss Peggy Lee. And the thing has a sound to it that's pure confectionary joy. It's been in heavy rotation at home and work for days now: 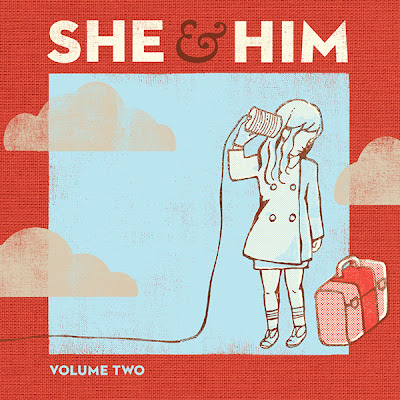 She and Him, Volume Two, on Merge Records....buy it now.

And in case you forgot to buy this last time:

"The Unbearable Being of Likeness" is still available from www.fieldhymns.com
And of course he's an ex-Wichitan. So get out there and buy some records, kids!
Posted by Scott Phillips at 9:16 AM

Email ThisBlogThis!Share to TwitterShare to FacebookShare to Pinterest
Labels: the Wide Wide World of Entertainment, Wichita