Forgive us our Press Passes 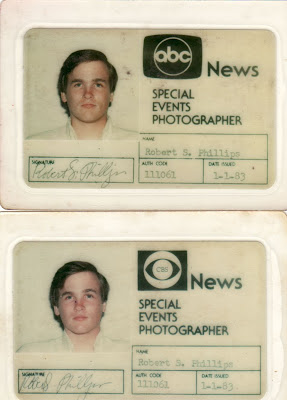 Been digging through some boxes in the basement (whence the "Victor Jory" drawing and many future posts) and found a couple of hilariously fake press passes my friend Clarence and I made when we were selling Polaroid ID cameras circa 1983, which would make me twenty-one or -two years old in the pictures. In the lower one, particularly, I don't look old enough to shave--no wonder I never got laid. Another co-worker used the camera to make a pretty good driver's license for some high school kid, but (wisely) got cold feet before he delivered the thing.
Posted by Scott Phillips at 8:38 AM