A SPECIAL MESSAGE FOR YOU UNDERNEATH THIS PICTURE 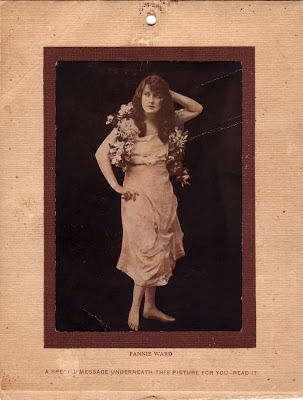 Imagine the disappointment of the young blade who first opened this deceptive come-on, circa World War I--a message from star of stage and screen Fannie Ward! But on lifting the flap all he got was this: 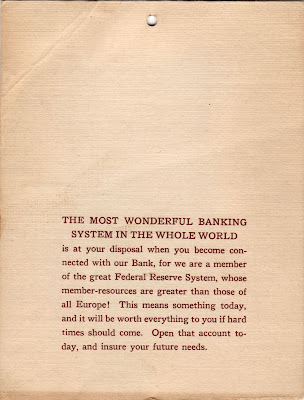 Maybe not a deception on the scale of the subprime mortgage scandal, but still, what a pisser. Miss Ward was a native of St. Louis who became a big star in London and led a pretty wild life. She was born in 1872, which would put her in her forties when this picture was taken. http://en.wikipedia.org/wiki/Fannie_Ward