You'd think that with my unfortunate resemblance to Drew Carey (that guy is the bane of my fucking existence) I'd stay away from his hometown. But I can't. I love the town and its history, and I recently spent a very pleasant few days and nights there as a guest of Mark and Amy Stone and their delightful children, looking with Mark into a seventy-five year old cold case. Here are some of my new friends: 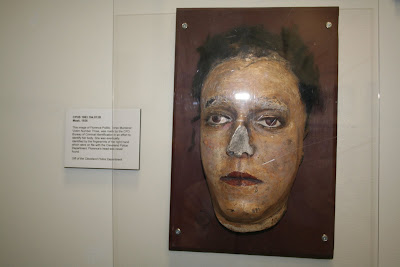 This is Flo Polillo, or rather a replica of her head in the Cleveland Police Museum. Actual head's whereabouts have been a subject of debate since 1935. 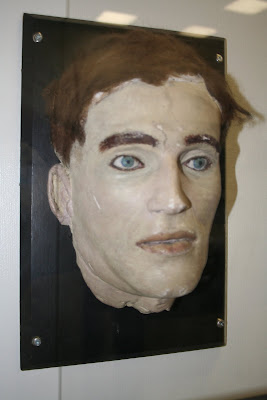 Above is s replica of Edward Andrassy's head. Actual head was found, but had been separated from Eddie's neck; said removal appeared to be the cause of his decease. 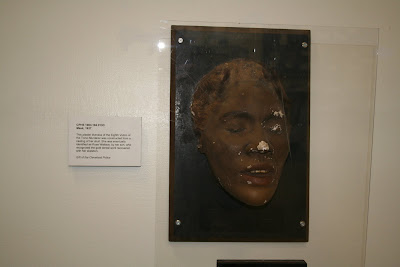 Here's Rose Wallace's plaster stand-in, modeled from a cast of her skull and based on photographs. Identification was tentative and based on dental work. 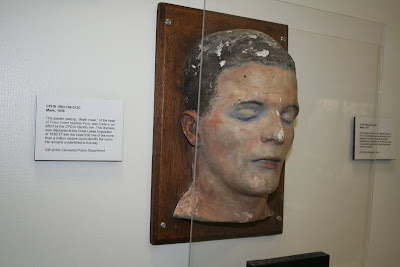 Finally, this is an actual death mask modeled from the head of a fellow known only as "The Tattooed Man." Can you think of a better name? Give it a try! 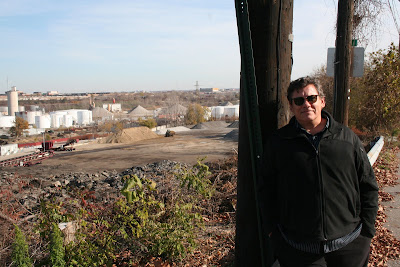 Here's Doc Stone himself, looking over Kingsbury Run, the flats associated with the murders. Mark directed the great documentary "The Fourteenth Victim" (available on Amazon), about the case. You should all order it and get creeped out good and solid. 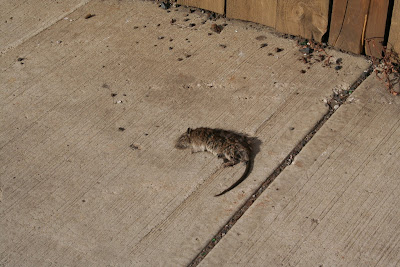 And finally, my new friend Itchy. Itchy is resting in this picture.
Posted by Scott Phillips at 11:55 AM 2 comments:

Damn it, you all know how I hate to blow me own horn but here's a sweet piece from the Irish Times written by the fine Irish crime novelist and journalist Declan Burke, known to his chums and enemies alike as either "Dec" or "Hambone." No matter which side of that divide you count yourself on, the article concerns the Concord Free Press and mentions me and a book I wrote entitled "Rut," which as we all know is both a noun and a verb. Go forth and sin no more.